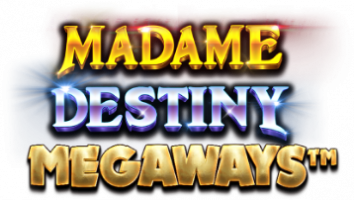 Pragmatic Play’s clairvoyant gypsy lady makes a comeback in this mystery-themed Megaways version of their original online slot, Madame Destiny which was released in 2018. Although the original game was not that popular, perhaps this new and improved Megaways version will be better received. Besides the Megaways mechanics, the game has been given a visual overhaul as well, now having a larger playing grid as well as the addition of a horizontal reel that sits above the 4 reels in the middle. What’s more, the entire graphics just look better, having a crisper, cleaner, and higher definition appearance. There is also the addition of new betting options which can be found on the left-hand side of the screen.

The game consists of 6 reels, 2-7 rows as well as the horizontal 4 symbol bonus reel. The 1st and 6th reel can have up to 7 symbols each, while reels 2, 3, 4, and 5 can have up to 8 symbols, which gives a total of 200,704 ways to win. Megaways fans will be happy to know that Tumble System (also known as cascades) has been included as well, with it making an appearance after each win that occurs when 3 or more symbols land left to right from the first reel.

Madame Destiny Megaways has a respectable RTP of 96.56% rising to 96.67% if both betting options are active, as well as high volatility.

Madame Destiny Megaways – What you need to know

If you enjoyed playing the original Madame Destiny slot, you will enjoy this Megaways version. It has similar key stats and both games paying out the same max amount. The Madame Destiny Megaways is a great improvement over the original and delivers on its promises. There are a couple of negative aspects, but ultimately it’s an excellent game with far more pros than cons.

There are a lot of similarities to the original Madame Destiny, so if you have played the original game, you should be quite familiar with the Megaways version. It still has the well-known spooky looking forest with a full moon. As well as a soundtrack that is perfectly chosen to fit the theme.

The paytable is composed of low and high-paying symbols. With the lower-paying symbols being the standard A, K, Q, J, and 10 Royals, which can award up to 1.25x your stake for six of a kind. These are followed by the high-paying symbols which are represented as tarot cards, candles, heart-shaped potion bottles, black cats, and owls. The top-paying symbol is the owl, and it can reward players up to 20x their stake if they land six in combination.  There are two special symbols to be found in the game, Madame Destiny herself acts as the wild symbol with her crystal ball being the second special symbol and is the scatter.

The base game can be somewhat boring, but there is an option to skip it completely by purchasing the bonus round. The slot has some interesting bonus features. For starters, there is the Tumble Feature, this feature allows you to land more winnings in one spin. There is also the Ante Bet feature which allows more scatter symbols to land on the reels. However, the main focus of the game is the Free Spins feature which will allow you the chance to get to spin the Wheel of Fortune.

Madame Destiny Megaways offers a free spin feature that uses a somewhat different approach to what we would usually expect to see on a Megaways slot.

Your win multiplier will then be applied to all wins that you land, but to be successful at winning on this slot a player will want to hit the re-triggers as many times as possible. While the bonus feature is activated and you manage to land 3 or more of the crystal ball scatter symbols again, then you will once more be taken to the Wheel of Fortune, where this will spin, and any free spins and multipliers awarded will be added on to the player’s current totals. There is no limit to the number of re-triggers that players can hit, so if you can build a large multiplier, you will stand a chance of hitting that 5000x jackpot.

This is yet another fantastic looking slot that we have come to expect from software provider Pragmatic Play. They are well known for their excellent graphics and design, so it’s expected that Madame Destiny looks good, and it does. As far as playability goes, overall, we found it to be quite enjoyable. The lower jackpot of 5000x could put veteran players off, and a Megaways slot that does not have a progressive win multiplier is a bit of a letdown.

If you like our Madame Destiny Megaways slot review then you should check out the following: